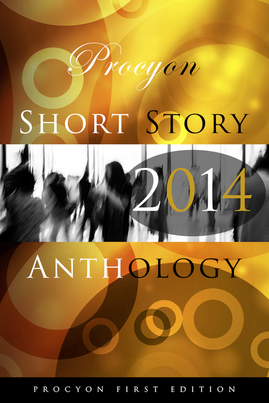 A short story in many ways is like a brief affair. Its very first words can intrigue with the potential to race both heart and imagination. It engages one quickly and then proceeds to ravish, terrify, stun, beguile or disabuse, as it reaches climax and as its denouement unfolds. One is left to ponder the glory, the irony, the horror or the mystery, which only time and reflection will make known. How was it for you?

We, at Tayen Lane, bring to you, for your enjoyment, our first annual Procyon Short Story Anthology for 2014. This collection features the works of thirty-three writers, from across the world, whose short stories span multiple genres, that range from drama to science fiction to fantasy to horror to romance.

The anthology thus represents a veritable "box of chocolates," as the reader will never quite know what they’ll get, until they’ve figuratively taken a bite. Whether one reads sequentially or randomly, a story per night, the 'chocolate' one picks, we believe, will intrigue, transport and in many cases amaze the senses.

Mothership: Tales from Afrofuturism and Beyond sets a bold new course by showcasing work from some of the most talented writers inside and outside of speculative fiction. These authors in this anthology (including Junot Dìaz, Lauren Beukes, Victor LaValle, N.K. Jemisin, S.P. Somtow, Tobias Buckell, and more) have earned such honors as the Pulitzer Prize, the American Book Award, the Hugo, the Nebula, and the Bram Stoker, among others. They have garnered numerous accolades and have sold millions of copies around the world. Many of their names are likely to be new to you; Mothership is your invitation to get acquainted with them and their incredible writing. 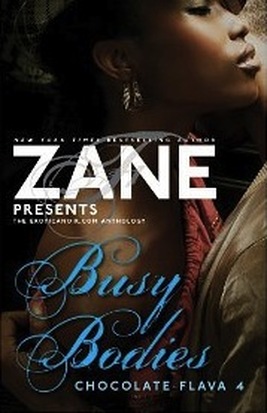 Contributed Story:
"On the Eve of Tomorrow"

Seek It: Writers and Artists Do Sleep (Edited by Kim Aubrey et al.) 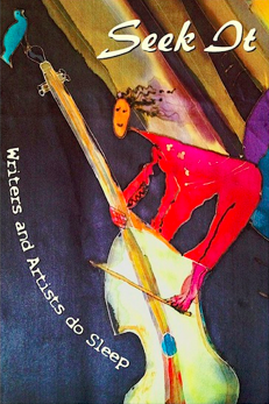 Contributed Story:
"Jessica and the Mattress"

Seek It: Writers and Artists Do Sleep is a collection of poems, stories, essays and artwork inspired by our conflicted relationship with sleep and the night. In the pages of Seek It, lovers find pleasure and pain, insomnia leads its many sufferers to get creative, exhausted new parents struggle through their days, a rural anaesthetist confesses his near misses, the dead make their presence felt, and a man who works the graveyard shift in a convenience store has a particularly tough night.

This anthology is only available in print through the publisher's website, www.redclawpress.com. 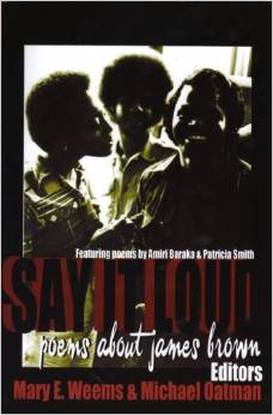 Contributed Poem:
"Those Feet: A Kwansaba for James Brown"

"On May  3, 1933, James Joseph Brown was born in Barnwell, South Carolina in the heart of Jim Crow America. On December 25, 2006, JB, the hardest working man in show business passed on. These poems celebrate, memorialize and speak to the legacy of the Godfather of Soul. They share their memories from childhood to adulthood of the man who was influenced by such musical giants as Little Richard, but who laid the physical and musical steps for artists such as Michael Jackson and many current Rap and Hip Hop musicians today." From the introduction by Adah Ward-Randolph 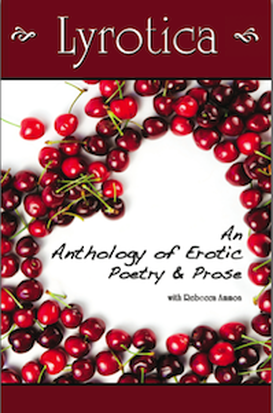 Contributed Story:
"A Portrait of Venus"

Twenty poets and eighteen authors come together under the editorial dominion of syndicated sex and lifestyle blogger and columnist Rebecca Ammon to bring you a divine taste of debauchery. With work from established erotica writers to literary storytellers, Lyrotica is a masterful mosaic of lyrical and sensual short stories and poems. Inspired by the classic masters of literary erotica, Lyrotica is brings you captivating depictions of love, lust, and pleasure that will keep you enthralled. More than just a collection of titillating stories, Lyrotica is thought-provoking literature about the transformational power of human sexuality. Within these pages, you'll find tales of empowerment and revelation told through the ancient language of lust and desire. 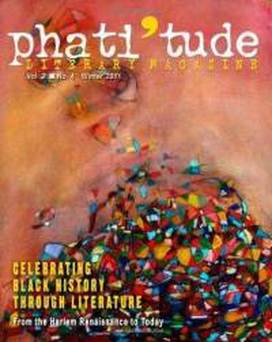 Contributed Poems:
"Remembering Basquiat: A Kwansaba"
"The Lost Boys of South Bronx: A Kwansaba on Hip-hop"

phati'tude Literary Magazine is a quarterly publication that publishes poetry, fiction and essays written by both emerging and established writers of diverse origins whose works exhibit social, political and cultural awareness. Published by the Intercultural Alliance of Artists & Scholars, Inc. (IAAS) a NY-based nonprofit organization. 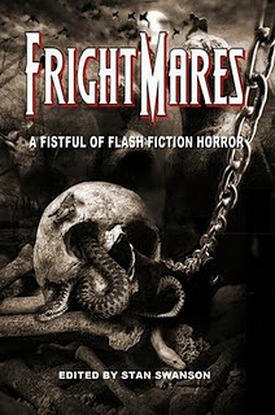 We are not sure how many body pieces Victor Frankenstein used to create his "monster," but it is likely he used a lot less than Dark Moon Books did in stitching this creation together. It was pointed out during the proofreading and editing process that the table of contents included more words (nearly 800 at last count) than any of the individual stories. It was an interesting observation, but it proves a point. A well-written, complete story can be told with very few words. So, here it is in all of its nightmarish, ghoulish glory, Frightmares: A Fistful of Flash Fiction. It is packed with 129 tales that will rattle your bones, cause you to ponder your future, make you lose some sleep and, yes, even bring a smile to blood-smeared lips. The creation is sewn up tight and ready for a jolt of lightning to bring it to life. And, yes, that time has come, my friends. "It Lives!"

Spaces Between Us: Poetry, Prose and Art on HIV/AIDS (Edited by Kelly Norman Ellis) 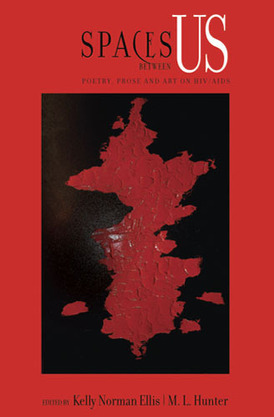 Contributed Story:
"Dancing in My Dreams"

As HIV continues to change life on this planet, encouraging tough conversations about sex, sexual orientation, healthy relationships and trust, it invigorates those young and old to challenge the status quo of silence. Editors Kelly Norman Ellis and M.L. Hunter have assembled established and emerging writers and artists from around the globe, such as American Book Award and Pew Fellowship winner Lamont B. Steptoe, renown poet and educator Tony Medina, and Emmy award-winner Kwame Dawes, for this haunting and inspiring collection of poetry, fiction and creative non-fiction that paints living portraits of HIV/AIDS. 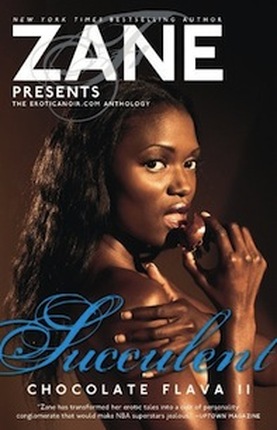 Succulent features twenty-seven tantalizing short stories to tease and please both him and her. For couples who want to heat things up or for singles who want to spark a fire, there are stories written especially for women, and others are penned expressly for men. From a psychic aficionado who finds more than tarot cards to spread or a ménage à trois with a fifty-year-old woman, her husband, and his new girlfriend, to a lucky bachelor who finds himself with plenty of sexy presents on Christmas -- from a promiscuous mother and daughter -- the authors in this anthology take risks, pushing the envelope as they explore unique situations sure to set fire to your fantasies. These sensual stories turn Zane on and are sure to turn you on, too. 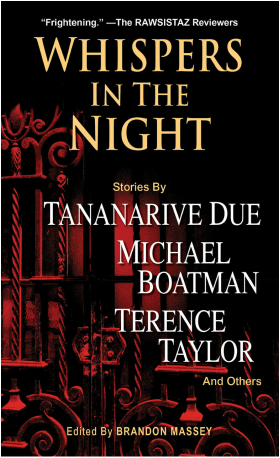 Contributed Story:
"To Get Bread and Butter"

From the deceptive safety of your very own bed to the seeming stillness of country roads and the bustle of urban streets, your darkest realities reveal themselves as you enter hidden realms, crossing the threshold into one man's tortured mind--a mind haunted by the mocking, derisive voices of his youth... Quench your insatiable thirst for terror at a bar where the drinks are abominable and the patrons never leave. Relive the infamous, harrowing Middle Passage that brought millions of African slaves to America, but this time with a spellbinding twist...

From scenes of pulsating ecstasy to unspeakable tragedy, surrender yourself to a world inhabited by bizarre sex cults and violent gangs. Meet the malevolent entities that feed on human misery in the midst of a hurricane's wrath. Endure a sweltering summer on a swamp inhabited by mischievous spirits intent on possessing the most innocent within their slimy grasp. Submit to the tantalizing temptation and the irresistible pull of the unknown in nineteen stories that will illuminate the horrors within--and without.